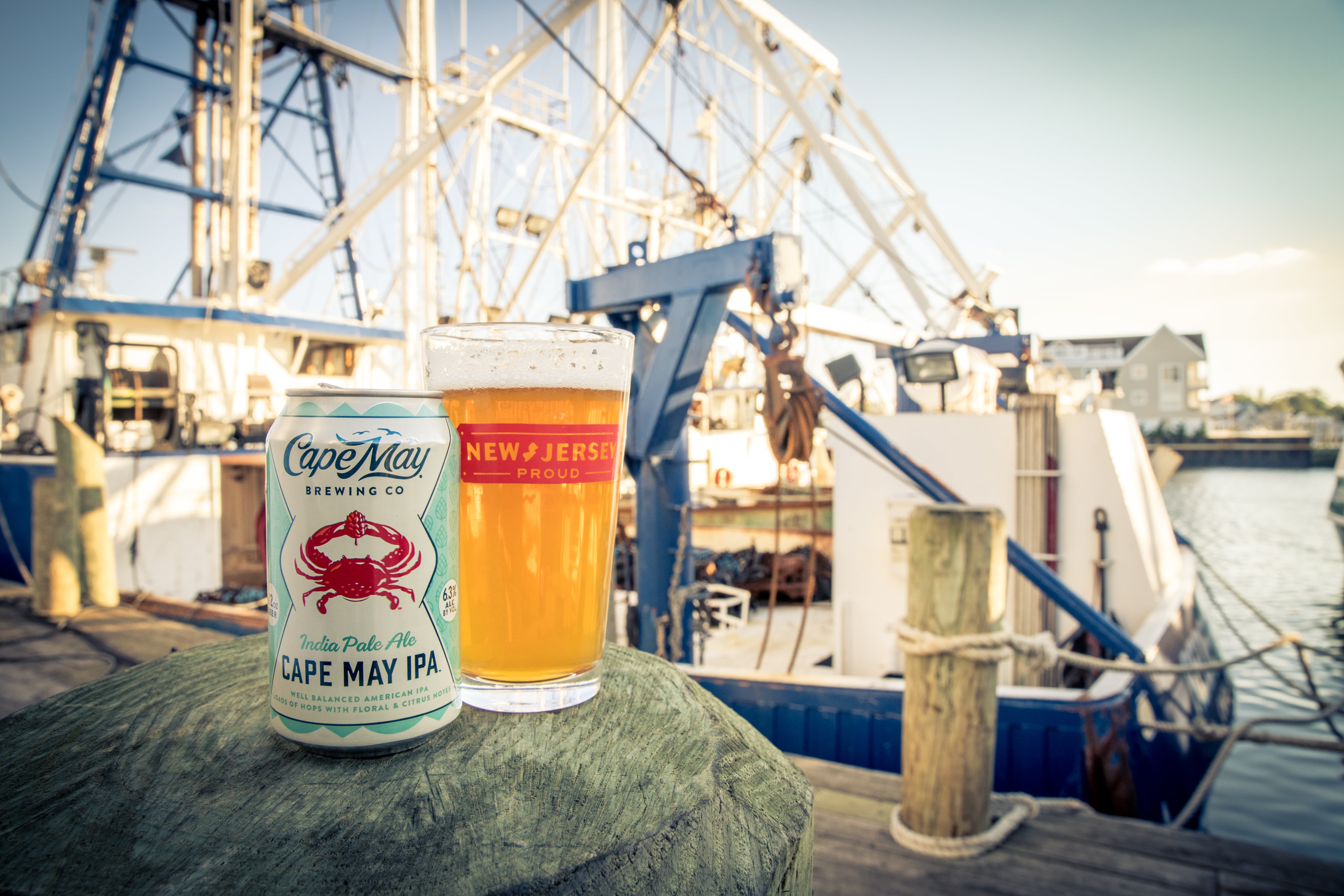 You can find Cape May Brewing Company’s delectable brews near you! With distribution throughout New Jersey, eastern Pennsylvania, and Delaware, you’re sure to find a killer bar or restaurant that carries their offerings on tap or a liquor store near you for their packaged brews.

Cape May Brewing Company brews over 200 flagship, multi-seasonal, seasonal, limited-edition, and exclusive brews. Their flagships include:

Cape May IPA: The American IPA named for America’s Oldest Seaside Resort, Cape May IPA is loaded with floral and citrus notes, slightly bitter with a zesty finish. A West Coast-style IPA brewed in the heart of the East Coast, it’s the beer that’s Crafted on the Cape.

Coastal Evacuation Double IPA: Coastal Evacuation — it's a phrase that's everywhere at the Jersey Shore. This West Coast-style Double IPA is as big and bold as hurricane season itself, with a Centennial-forward, brazen blend of hops serving up hints of orange citrus and honeydew melon. It's time to evacuate. Are you prepared?

Check out their site to find a list of all their offerings!

Head over to the Cape May Brewing Co. website and check out their Beer Finder to find a bar, restaurant, or liquor store near you!

More From Cape May Brewery

Tastings in the Tasting Room

Cape May Brewery
CMBC began in 2011, with three guys making one beer in a 1,500 square-foot space. Now, they’ve got over 32,000 square feet of space and over 100 flagship, seasonal, and small-batch brews under their umbrella. Their original space is now dedicated to experimental brewing with a separate, industrial brewing facility across the street. The sour brewery boasts an interactive, self-guided tour, designed by a local artist in a style reminiscent of the Wildwood boardwalk of old. Their Tasting Room has 23 taps -- the Beertenders at Cape May Brewing Company are always happy to help you find your new favorite beer. Then take a look through their gift shop, The Brewtique, for great deals on comfy swag, as well as beer-to-go in six-packs, cases, growlers, or kegs.

Would you like to send this item to your friends? Just enter their email addresses below using a semicolon(";") between each address.

Please Note: Your email address will be shared with the business that is offering this offer. For more information please visit our FAQs.